In March 2018, Jason Reid experienced the unthinkable. His 14-year-old son Ryan died by suicide. Reid was on vacation celebrating his wife’s birthday when he got the call.

For Reid and his family, there were no signs. Only after did they learn about Ryan’s pain. Like any parent, Reid looked for answers everywhere, finally discovering a Post-It note from his son that simply said, “Tell my story.”

Reid made that his mission. He launched chooselife.org to educate families worldwide and help young people heal. He travels the United States speaking to parents, and created a documentary, “Tell My Story.” It shares the stories of families impacted by suicide and introduces a new approach to mental health and suicide prevention.

His goal: for all parents to approach their children’s mental health like they do their physical health.

“As parents, you want to make sure that your kids are safe, but maybe you don’t want to open that pandora’s box — you hope it will fix itself,” he says. “The reality is, it’s proven over time that it doesn’t fix itself. We have to own our kids’ mental health. We have to be actively talking to them about their mental health.”

Reid, CEO of National Services Group, recently spoke with YPO, of which he has been a member since 2003, to offer his thoughts and advice.

Accept you cannot ‘fix’ them

“I think the first thing you have to do is understand that you are not going to fix it,” says Reid.

He uses an analogy when speaking with other parents:

“Imagine you are sitting in sunny southern California, and there is not a cloud in the sky. But if you are sitting with someone who is depressed; they see clouds. There is nothing you can do or say to convince them that there are not clouds in the sky,” he says. “Stop trying to make sense of it and accept it for what it is. They see the world differently, and you need to listen and help them out that way.”

Like many executives, Reid spends his day putting out fires, handling situations and solving problems. But he encourages parents to drop the “I can fix anything” attitude when it comes to the mental health of their loved ones.

“Any lecture you think you can come up with won’t work,” he says. “They are not one of your employees who has to listen because it’s their job. You have to accept them and love them where they are.”

Know what your kids are up against

“Our world is overwhelming. If we haven’t given our kids the coping skills to deal, it can overwhelm them and their brains can go places that aren’t good,” says Reid.

It’s no secret that kids and teens right now have a lot pulling their attention. COVID-19 disrupted education and social normalcy and increased isolation, and environmental concerns, human rights and constant global unrest can loom large.

And then of course, the typical adolescent issues of fitting in, peer pressure and facing bullies, are always there. But unlike generations past, bullies aren’t left at school, Reid points out. They can be anyone, anywhere, because kids aren’t just living their lives “IRL,” but online as well.

“When it comes to bullies and coping with issues, a world where everyone is nice to each other doesn’t exist. But you can’t spend your days worrying about things you can’t control. You have to teach them that things will be crappy, but you can find good in the crappy. There is good that you can find in almost everything.”

Stay connected to their digital world

With the internet omnipresent in all our lives, kids can access content about anything they want, true or not, appropriate or not, whenever they want, right from their smartphones and tablets.

Reid had access to Ryan’s desktop computer and says his son wasn’t active on social media platforms, but he later discovered that Ryan had researched suicide on his smartphone’s browser. While he admits he doesn’t know whether Ryan having a browser on his phone would have changed anything, in hindsight, he wishes he didn’t have it.

He encourages parameters on what kids have access to and to keeping communication lines open.

Parents might be tempted to go overboard in monitoring every aspect of their children’s lives, given what they face. But Reid says that’s not the answer. On a recent virtual call, a concerned parent said he desperately wanted to get into his teen son’s journal, Reid told him he didn’t need to know what was in it.

“If you read it, it could trigger something you don’t want to,” Reid recalls telling the parent. “Kids are entitled to privacy. They can’t tell you everything in their head. If your kids want to keep a secret from you, they will.”

That’s not to say he recommends free-range parenting without repercussions for bad behavior.

Rather than violating their privacy, Reid says parents can make sure they are available to their kids and that they are open to listening. It’s all about creating an environment where kids feel comfortable sharing. Going back to the cloud analogy: Just because you don’t understand, doesn’t mean you can’t help.

“It doesn’t have to make sense to you, and it’s not going to,” he says. “All you can do is ask them about their clouds. Why do they exist? What do they mean to them? Where did they come from? Get them to talk about their clouds so they can come to their own conclusions.”

And if they don’t want to talk to you, or to a professional, find a way for them to get out of their head, he suggests. Whether it’s through music, art or a writing in a journal — just let them keep it to themselves if that’s what they want.

Just because you don’t see signs, doesn’t mean there isn’t a problem

Even with a growing global focus on mental health, many parents still aren’t getting the message.

Reid says that when someone shows up somewhere in-person or virtually where he is speaking, it’s almost guaranteed that they have already had an episode in their family life that has pushed them to action.

“When I started this, I didn’t know what I was doing, but I was going to figure it out as I went along,” he says. “I started creating the movie, and I realized there is a story to be told about how kids are really feeling and how parents are missing it. So now I get to help change people’s lives.”

Reid hears from people who watch the movie and who have seen his TED talk, and they thank him for encouraging them to start the conversation with their children about their mental health.

“When you know there is something going on with your kid, you will be proactive. But a huge percentage of parents don’t know what is going on. How do you get to the ones who haven’t had the incident yet?”

“Ryan was a happy, fun, loving child. I miss him every day,” he says. “And the most important thing that people need to remember about Ryan, is that there were no signs. That’s the most relevant thing — there were no obvious signs.”

In sharing Ryan’s story, Reid hopes parents learn not to just pay attention to red flags, but to be there for their kids for all the ups and downs, keep communication open, and ask them about their clouds, while accepting that they might not understand them. 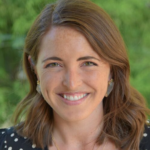 I am an entrepreneur, which I would liken to a roller coaster ride that never seems to stop. With my... I want to showcase to the rest of the world, especially in Africa, that doing good is good business. That is what really excites me in terms of the impact we can have as a company.